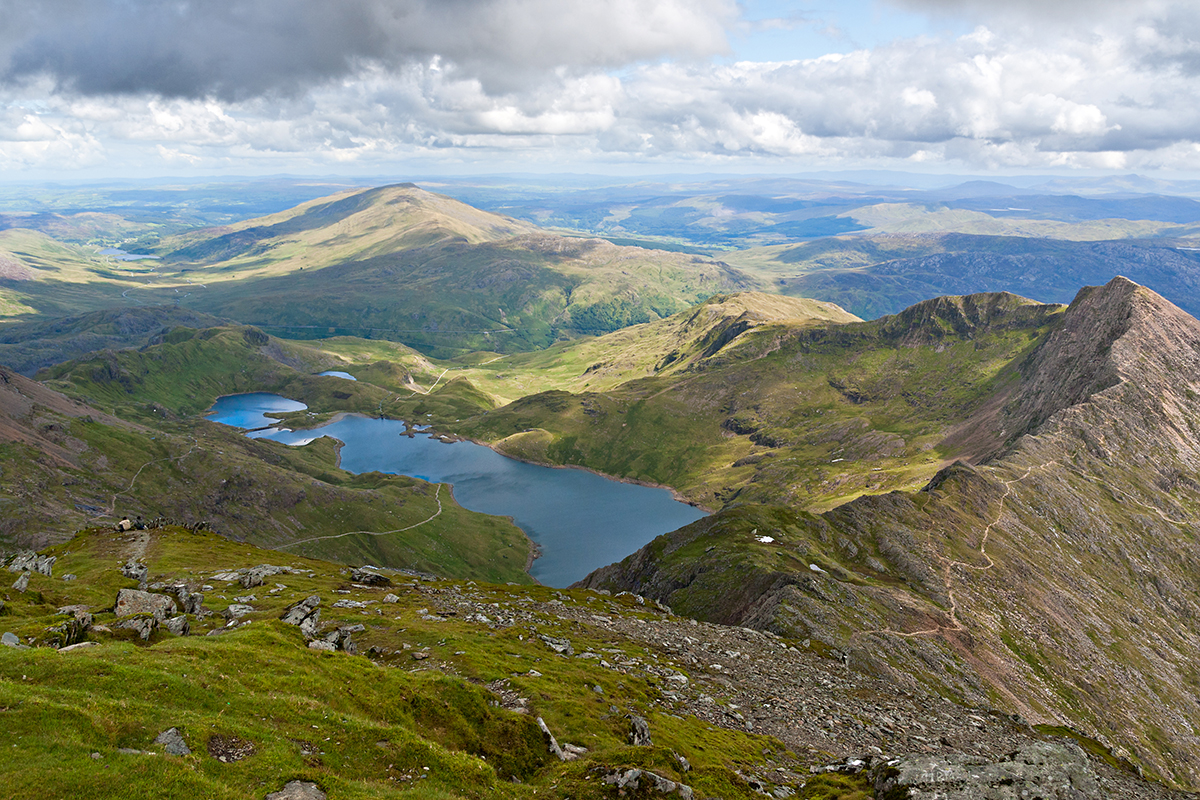 Snowdon is the highest mountain in England and Wales, standing proud at a whopping 3560 feet tall! Not just a famous landmark and iconic hiking challenge, Snowdon is also home to vast amounts of wildlife, providing a stark and often wild home for nature. There are 6 main paths up Snowdown; Llanberis Path, Pyg Track, Miners’ Track, Watkin Path, Rhyd-Ddu Path or the Snowdon Ranger Path, which you choose depends on a number of factors, so we have aimed to provide you with as much information as possible to help inform your decision.

Llanberis Path is the longest of the routes available up to the top of Snowdon but this does also make it the easiest in terms of the climb being spread out over a longer distance. This is the path that was originally used for horses and mules to carry up tourists who were willing to pay for the easier option! As the walk is the easiest of the routes to take, you will also find it to be the busiest so we would recommend sticking to this route mid week or out of peak season if you are wanting a quieter walk! Another benefit of this walk is that the route is relatively simple to follow, so if you are not particularly used to map reading then this is probably the route for you to choose.

You will be able to enjoy views over Glyderau and down to the Pass of Llanberis, as well as making the most of a well-deserved brew at the Halfway House.

There have been many discussions over the origin of the name of this route….is it because the pass of the pigs (Bwlch y Moch) crosses the path, or because black tar (known as pyg) used to be carried along this route? Who knows? Either way, this trek will give you a sheer climb – admittedly it is the shortest in terms of the miles that you have to complete, but that is more than made up for in the climb that you have to undertake during those miles! This route will give you the “traditional”, well-known view of Snowdon on the way up that really does give you the motivation to make it to the top!

The Miners’ Track gives its purpose away in its name – traditionally used to carry copper from the Britannia Copper Works to Caernafon. When mining stopped in 1916 the route was left available for anyone wanting a climb up to the top of Snowdon. When completing the walk on this route you will be able to see many of the remains of the copper work.

As we mentioned above, this route runs parallel to the Pyg Track, so both of the routes are very similar in both ascent and the views that you will be able to enjoy. We would definitely recommend walking up one and down the other so that you get a nice varied walk throughout.

Arguably the toughest of all the routes up to the summit of Snowdon, this route really is giving you that extra sense of achievement when you make it to the top. This is because the route starts almost at sea level, so you are literally climbing the full height of Snowdon to reach the top! “Why choose this route then?”, we hear you ask! Well, put simply, the views and diversity on this walk really cannot be beaten – starting in woodland and climbing alongside waterfalls gives you the true climbing experience!

Named after Sir Edward Watkin, who had a home at the base of this route (what an amazing place to have a summer house!). This route was originally created to connect South Snowdon Slate Quarry to the summit of Snowdon itself. This route was actually opened by Prime Minister, William Gladstone, in 1892!

Originally known as the Beddgelert Path – due to the village in which the walk starts – this route has changed its name over years, but it is still the same walk, with one of the longer distances of 17 miles to cover during that time. For some unknown reason, this route tends to be one of the quietest of the paths of Snowdon, and we have never quite worked out why as the path offers a good balance of both challenge but also enjoyability whilst out walking. If you are wanting a quiet, more isolated walk then this is definitely the route for you!

With stunning views over the “other side” of Snowdon, you will  be able to witness a vantage point that is not seen with the other routes. This path will allow you to take in views of Crib Goch and Y Lliwedd, which are really not to be missed!

NOTE: This route can be combined with South Ridge if you are wanting a longer, but even more spectacular circular route around Snowdon!

This path commences at the ‘Snowdon Ranger’ youth hostel, although this is actually not where the name comes from….John Morton (self-named Snowdon Ranger) used this route to guide Victorian tourists to the summit of Snowdon. The oldest of the routes of the Snowdon, this route is arguably one of the easier options for climbing to the summit of Snowdon. This does make it busier than some of the harder routes, but equally it is quieter than Llanberis Path as there are less amenities available so you have to be even better prepared before setting out walking.

The path has been improved in recent years, making it relatively easy to follow for those people not used to hiking off the beaten track but we do feel this kind of takes away from the “challenge” of the walk, as it is definitely less dramatic than some of the other routes listed.

Are there 6 or 8 paths up Snowdon?
Many argue that there are actually 8 routes up to Snowdon, and technically they would be correct – although the other two routes join up to the 6 main paths that we have detailed above if you actually want to get to the summit. These other two routes are Crib Goch and Snowdon South Ridge route. Both of these routes involve scrambling and physical climbing that may not be suited to most, which is why they are regularly not included in the “paths” up to Snowdon.

What should I take with me when climbing up Snowdon?
If you are going to be undertaking the challenge of climbing to the top of Snowdon then you need to be prepared. This includes having the right clothing and footwear, such as walking boots that are well-worn in and trusted, and different layers of clothing as the weather can change quite quickly when you are completing such an exposed walk! As well as this you will need other items such as maps, food and drink, and possibly a small first aid kit if you want to be prepared for any situation that comes your way! 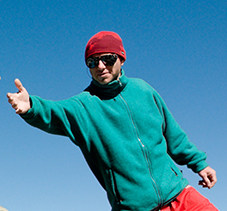 Tom Harrison
Blogger at Peak and Dale
My name is Tom and together with my wife Anna, we blog! We love the Great British outdoors and hope you do too! Through this blog, we hope to share with you some of our favourite walks, camping sites, and excursions. Along with some reviews and guides. 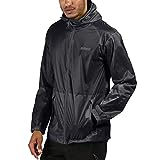 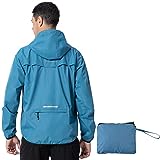 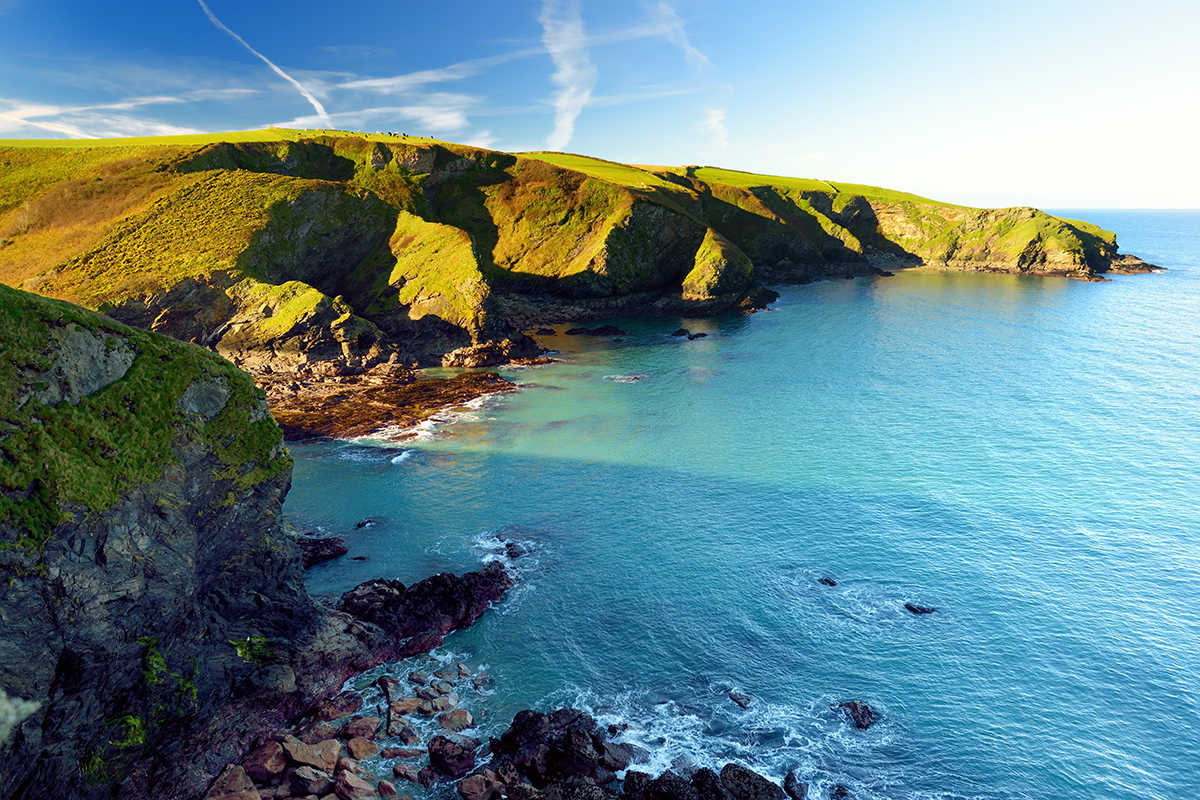 Situated in the southwest of England, Cornwall benefits from a warmer climate, beautiful coastlines, rolling fields, and plenty of things to do for all the family. Whether you are looking… 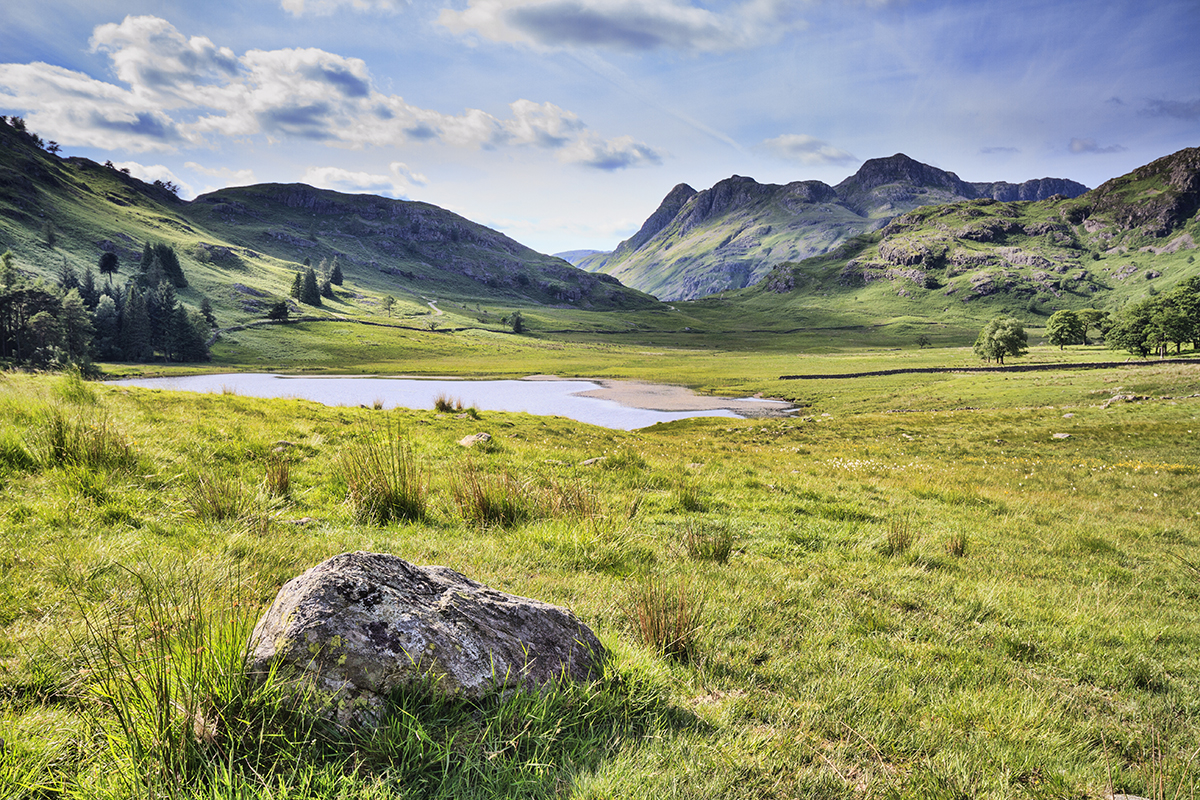 Anyone who has been to the Lake District will know how many wonderful hours can be spent in this picturesque area of England. Whether you are looking for something relaxing… 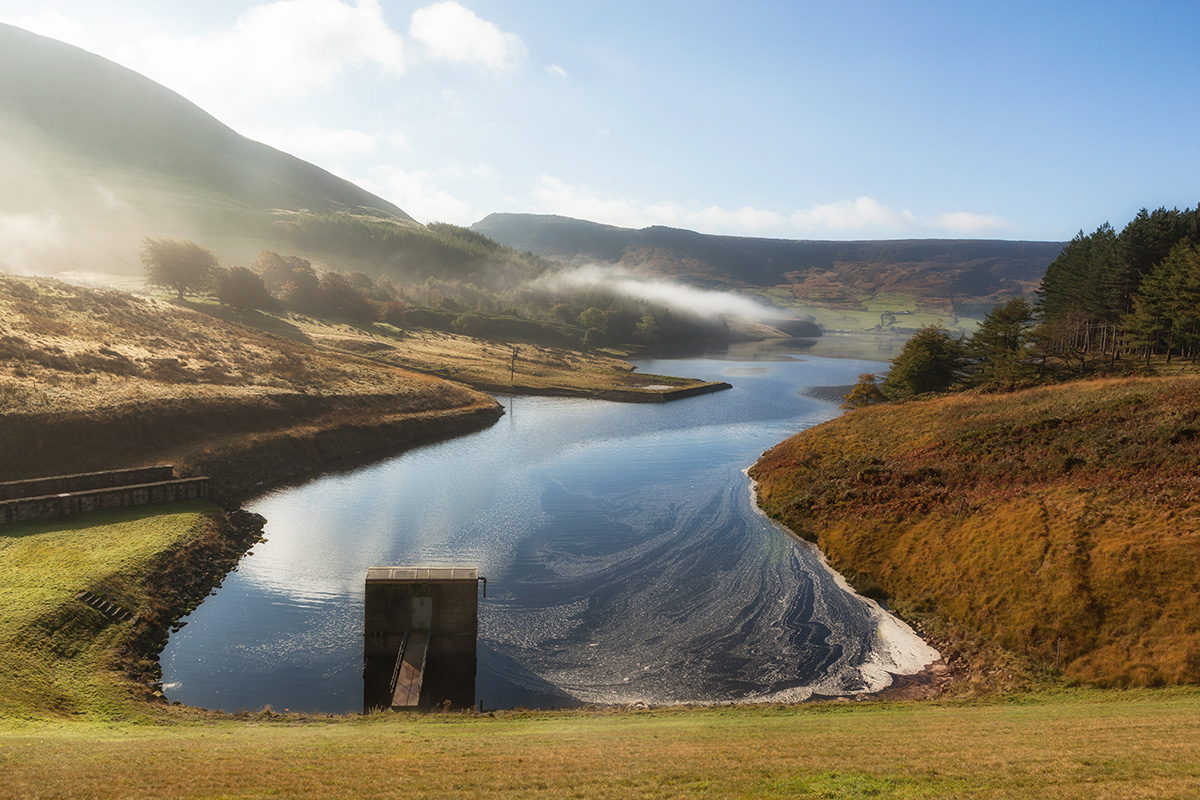 The Peak District is the oldest national park in the United Kingdom, so you know that any walk here is going to be steeped with both history and beauty. The…

This site is owned and operated by Peak & Dale.

Peak & Dale is a participant in the Amazon Services LLC Associates Program, an affiliate advertising program designed to provide a means for sites to earn advertising fees by advertising and linking to Amazon.co.uk.

Peak & Dale is compensated for referring traffic and business to these companies.